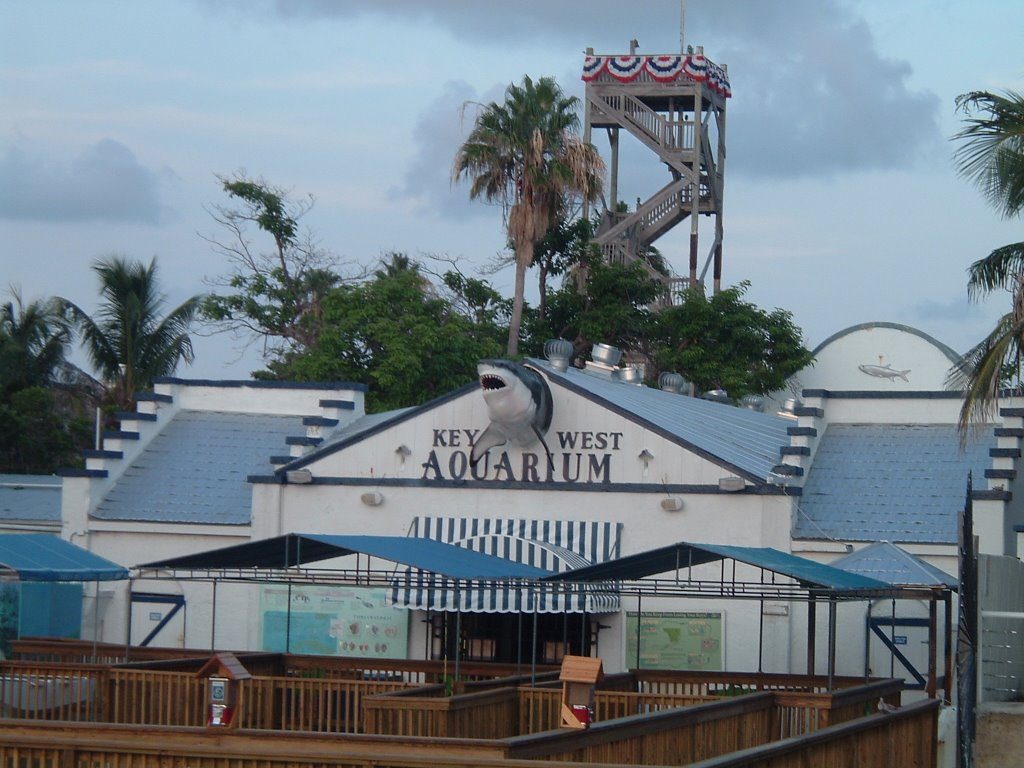 Key West is home to one of Florida’s oldest aquariums, the Key West Aquarium. The only public aquarium in Key West, it was built between 1932 and 1934 during the Great Depression. The original Key West Aquarium project was the vision of Dr. Robert O. Van Deusen, a marine biologist and director of Philadelphia’s Fairmount Park Aquarium. When the federal government took over the city’s charter during those hard economic times, Dr. Van Deusen was one of the promoters who helped convince the government of the idea that the island would make a good tourist destination. The Works Progress Administration undertook the building of the aquarium, along with many of the island’s other historic tourist attractions. These projects provided many much-needed jobs to Key West locals.

The Key West Aquarium was the first aquarium to use an open-air design that allowed natural sunlight into the concrete marine display pools. It was also one of the largest aquariums of its time. The project was completed in two years, and the aquarium opened to the public on February 18, 1935, with admission set at 15 cents for adults and 5 cents for children. It was hoped that the aquarium would draw thousands of visitors to Key West.

Unfortunately, only seven months after the opening, on Labor Day of 1935, a hurricane struck the middle keys and destroyed the Overseas Railroad. The railroad was the only way to reach Key West other than by boat, and with the tourist flow cut-off, there was no hope of success for the Key West Attraction. The aquarium was shut down, and on May 8, 1943 the US Government leased it to the Navy, Marine Corps, and Coast Guard for use as an indoor rifle range. For this purpose, all of the displays were torn down or filled in to make a level surface area. Three years later, in June of 1946, the government returned the aquarium to the city of Key West. Restored and reopened, it became one of the city’s most popular tourist attractions.

Now, as the oldest attraction on the island, the Key West Aquarium retains the small, intimate feel of a historic building, but offers a wide range of interesting displays. A roof has been added to cut down on algae growth in the tanks, and modern technology has replaced sunlight for providing illumination to the exhibits. A 50,000-gallon tank houses a variety of tropical fish and game fish, and the Atlantic Shores exhibit presents a view of a near-shore mangrove environment. Visitors can see barracuda, grouper, moray eels, parrotfish, tarpon, tropical fish, and much more. A touch tank allows children to interact with harmless creatures of the shallow waters and tide pools, and daily tours that highlight dramatic feedings of barracudas, sea turtles, sharks, and stingrays are an exciting attraction for all ages.

The Key West Aquarium, while modest in size, is truly one of the island’s treasures. It also plays an important role in the rescue of injured and stranded sea turtles, working with the Turtle Hospital and the state agencies, universities and marine parks that make up the Florida Sea Turtle Stranding Network.  The aquarium is an important resource in the efforts to protect the endangered marine ecosystems of the Florida Keys. It is interesting in many ways, and a visit is a very worthwhile and enjoyable experience for people of all ages.