Inside the One Race Cuban-American Art Exchange 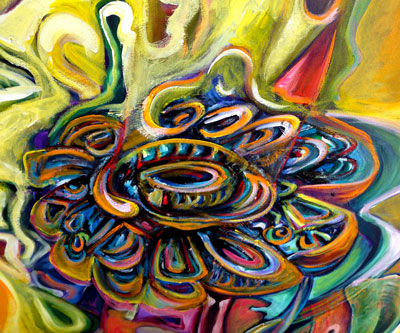 Next weekend, the Key West art community will celebrate a historic Cuban-American art exchange that will bridge a 50-year gap between Key West and it’s 90-mile distant neighboring island. Thursday through Saturday, February 20-22, eleven of Cuba’s leading contemporary artists will be in Key West to make and install original pieces at a variety of local venues in a show entitled “One Race, The Human Race / Una Raza, La Raza Humana”.

The event kicked off in Havana on January 17 when Cuba’s prestigious Museo Nacional de Bellas Artes mounted a solo exhibition of work by Cuban-American folk artist Mario Sanchez (1908-2005).  The museum offered 30 intaglio prints by Sanchez, a second-generation American who was best known for producing painted bas-relief carvings that captured his views of Key West life in the early 1900s. Sanchez’s work celebrated the relatively harmonious gender, race, and religious relations that prevailed on the island, and themes of diversity, openness, and humor personify his work.

The visiting artists will show contemporary work generated from inspirations provided by these same themes. Nearly 120 pieces will be presented in a series of unveilings and other events scheduled for 5 different Old Town Key West venues. Participating partners and organizations include the Ernest Hemingway Home & Museum, the Florida Keys Council of the Arts, the Mel Fisher Maritime Museum, and the Oldest House & Garden Museum.

The Key West portions of the event will open on Tuesday, February 18 at the Tropic Cinema with a 6:30 pm screening and discussion of Unfinished Spaces, a film about Cuba’s famous National Art Schools. The following Thursday, February 20, The Studios of Key West at 600 White Street will present the work of Manual Mendive, a world-renowned sculptor and painter born in Havana in 1944 and one of Cuba’s most acclaimed artists. Mendive will debut performance art featuring body-painted dancers at 7 pm.

Also showing at The Studios will be the work of Roberto Fabelo, Sandra Ramos, and Rocio Garcia. Fabelo was born in 1950 in Guáimaro, Camagüey, and is highly regarded as a prolific painter, sculptor, and illustrator, particularly of the works of Gabriel Garcia Marquez. Ramos (Havana, 1969) was among the first artists to expose the harsh realities of Cuban life, using paintings and drawings to address issues of racism, poverty, and mass migration. Rocio Garcia (Santa Clara, Las Villas, 1955) produces courageous and provocative cartoon-inspired work that builds stories around issues of human intimacy and sexuality.

On Friday the 21st, the Florida Keys Council of the Arts, in the Gato Building at 1100 Simonton Street, will host Rubén Alpízar and Reinerio Tamayo. Alpizar (Santiago de Cuba, 1965) is a sculptor who makes paintings and sculpture based on historical references to, and sometimes including, figures such as Hieronymous Bosch, Leonardo da Vinci, John Lennon, and Andy Warhol. Reynerio Tamayo (Niquero, 1968) is a contemporary caricaturist who uses painting and sculpture to offer pointed and comic commentary on art and politics. Tamayo is also known for work inspired by baseball, a favorite sport in both Cuba and Key West.

Also on Friday, the work of The Merger will appear at the Ernest Hemingway Home & Museum. The Merger is a collective of sculptors (Mario Gonzalez, Havana, 1969; Niels Moleiro, Havana, 1970; Alain Pino, Camagüey, 1974) who use Plexiglass, neon, stainless steel, and other materials to produce large-scale, pop-art inspired objects with a satirical edge.

On Saturday, February 22nd, the Oldest House & Garden Museum at 322 Duval will present a project by Miami-based Cuban-American artist Xavier Cortada. Cortada produces work that addresses themes of multiculturalism and the environment. For the Oldest House, Cortada will reference Cuba and Key West’s shared heritage via the native flowers which Spanish explorer Ponce de Leon would have encountered on his expedition to the region he would name “La Floridita”. Visitors may send a drawing or message to a child in Cuba, and take home packets of native seeds to create flower gardens dedicated to them.

Saturday will also bring the conclusion of this cultural celebration with the 6 pm debut of Sandra Ramos’ massive sculpture “The Bridge” at the Mel Fisher Maritime Museum. Large enough for people to walk across, the sculpture represents the Florida Straits crossing from Cuba to Key West. The debut will include multicultural dance performances incorporating the piece and symbolically reconnecting the two islands and their cultures.